For the 308GTi we wen't all out. The film and motion team went to France with a bunch of GoPro's and went around a race track with those GoPro's strapped in the front of a car. Using this footage and GPS the dev's made an interactive experience using real footage from the track.

How should the look and feel of the campaign site be? Well, just as high-tech and sporty as the car itself I thought.

I went through many iterations and style ideas. Some futuristic others airport strip markings inspired.

High-tech and clean hologram like light based interface concepts

The project owner is DPDK a Rotterdam based Digital Agency. 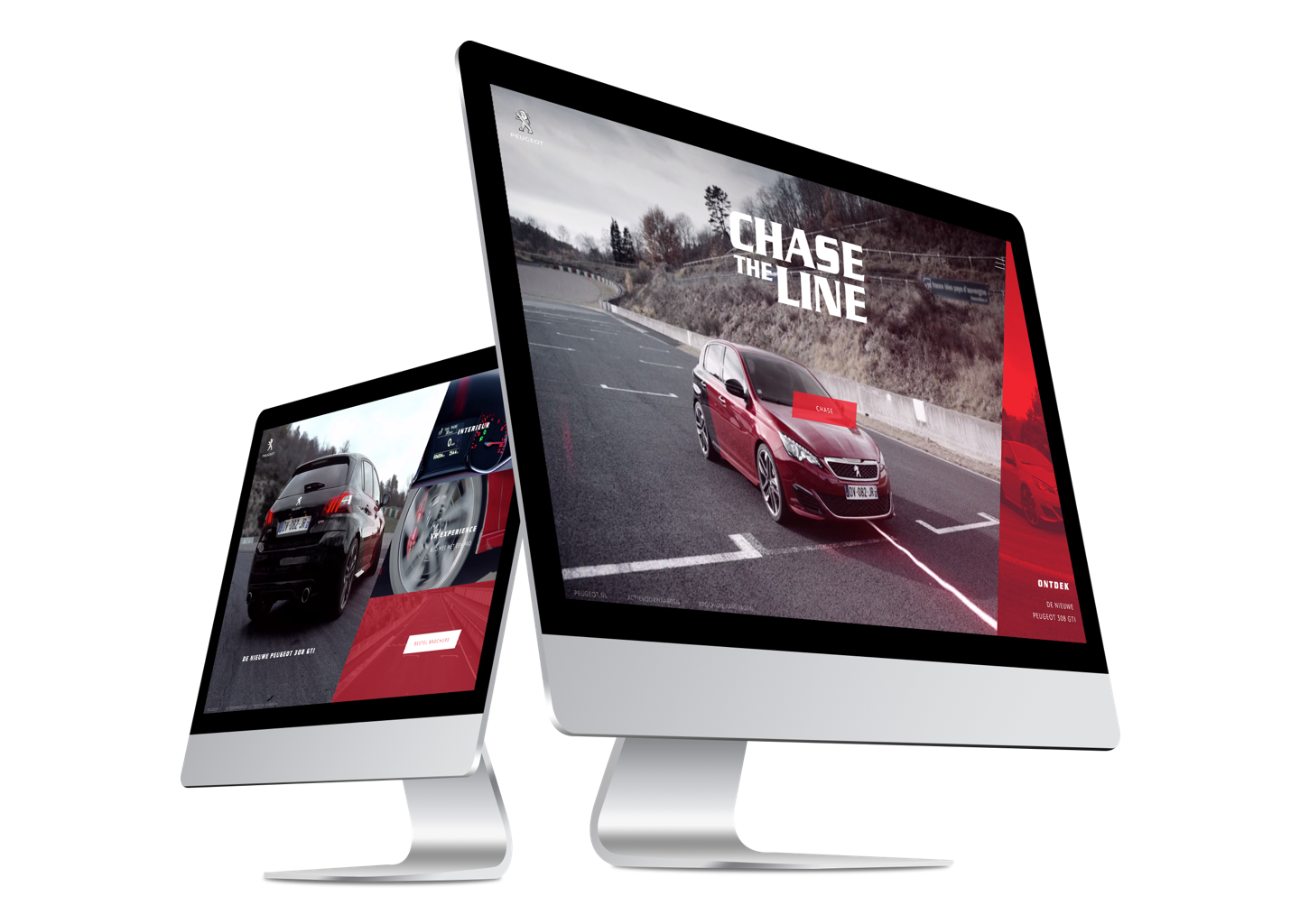 T-Hanks for your interest good human.
My droids are delivering your message as fast as possible.
Aaaw SNAP!
Something broke and your message was lost in space.